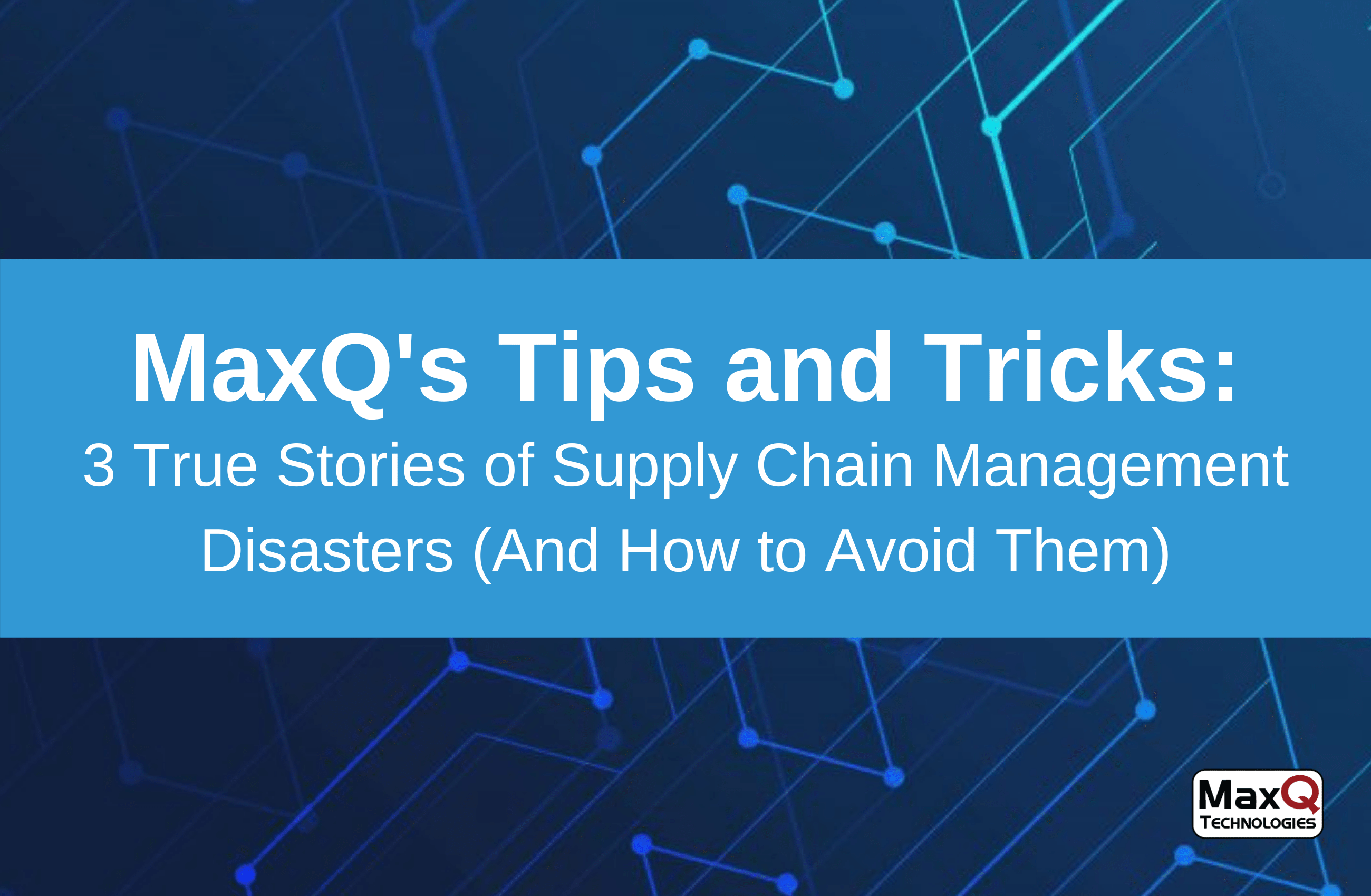 The fear of a supply chain disaster destroying years, even decades, of hard-earned company growth is enough to keep managers up at night — and for good reason: the smoking ruins of once-thriving companies have littered history, and fatal SCM mistakes have often been the culprit.

But with disaster comes new opportunities and, perhaps most importantly, new lessons that can help us learn from the mistakes of other businesses. These three SCM nightmares from history, though sobering, offer some valuable insights:

In the mid-2000s, Boeing’s shiny new game-changing commercial airliner, the 787, was sending waves of excitement throughout the transportation industry.

But the planes weren’t getting finished quickly enough.

Initially scheduled to enter service in May of 2008, disastrous SCM problems resulted in a delay of over three years. It finally went into service in October of 2011, as Air Transport World noted with exasperation.

So what went wrong with Boeing’s supply chain management?

To put it simply: Boeing badly wanted to do more than it could handle, and they failed to assess the risks properly as they charged ahead. They attempted to rapidly change the assembly process and the supply chain simultaneously — and too quickly — to disastrous results.

Aerospace-Technology.com made these observations about the debacle:

Changing the supply chain and the assembly process all at once is probably two steps too far too soon. “Boeing probably underestimated the size of the risks involved,” says Robin Jackson, chief executive at ADR International.

In the same report, an analyst cautioned companies to be careful about how quickly you introduce innovations: “If Boeing mismanaged anything, it is that they have tried to introduce an innovation in their supply systems at the same time they have innovated in product and assembly.”

In other words, their supply chain really wasn’t ready yet. But they charged ahead anyways.

In more recent history, Target announced in January 2015, as reported by USA Today, that they were pulling all their stores out of Canada and leaving the market.

They had a traffic jam of pink Barbie SUVs — literally. As Reuters reported:

A pink Barbie-branded SUV that seats two toddlers offers a surprising glimpse into the myriad problems that jammed up Target Corp’s supply chain…The toy was one of many products that piled up in bewildering volume at Target’s new distribution centers…Goods were coming into the warehouses faster than they were going out, in part because the barcodes on many items did not match what was in the computer system.

Like Boeing, they took on too much too quickly, as Reuters noted: “Instead of a slow province-by-province rollout, the retailer clinched a big real estate deal, locking itself into a rapid, coast-to-coast launch that later magnified supply chain problems.”

Marc Wulfraat, the president of logistics consulting firm MWPVL International — a man who has analyzed and written about Target’s supply chain extensively — summed up the epic scope of Target’s failure with one sentence: “The Target Canada story will go down in the history books as one of the great supply chain disasters of Canadian history.”

As a Target spokeswoman Molly Snyder confessed to USA Today: “We tried to do too much, too fast.”

In 1999, in the months leading up to the over-hyped Y2K doomsday, Hershey’s had a little doomsday of their own: they failed to deliver $100 million of Hershey’s Kisses and Jolly Ranchers to stores in time for Halloween. As a result, the company’s stock lost 8% in one day when the problem was announced.

As CIO.com noted in their coverage of the Hershey incident in the early 2000s: “Hershey’s only real failure was its timing in launching its new order-taking and distribution system: the system went live right about the time when orders were pouring in for Halloween, and they couldn’t be fulfilled.”

Don’t rush the launch of new systems and supply chain protocols. And get outside help. Every company has blind-spots in their judgment, even behemoths like Boeing and Target. Getting an outsider’s input will diagnose any fatal blind spots. (MaxQ Technologies, for example, offers superb application developmentand business intelligence consulting under one roof to ensure companies transition into new systems with success.)

The general principle is clear: don’t try to do too much too quickly. Beneath that generality there are some specific, practical things to remember:

As Chris Kushmaul, the vice president of finance for the American Production and Inventory Control Society’s greater Detroit chapter told Enterprise Apps Today: “If you don’t know where your raw materials originate from, what locations they will have to pass through, where your distributors are located and where your finished goods will travel, that could be costing you in efficiencies today and will hamper your risk management efforts in the future.”

Jeff Karrenbaur, president of Insight, Inc., told Enterpise Apps Today how to be prepared: “Companies must be prepared for business disruptions by having in place an overall risk management and resilience plan. They must perform rigorous analysis of their supply chain network to uncover its vulnerabilities and manage risk.”

Akhil Oltikar, vice president of supply chain solutions at Riverwood Solutions, explains it this way: “…With a multiple contract manufacturer launch, the brand owner is faced with managing two of everything – a process that is far more complex than simply doing the same things twice. Managing the complexities introduced by launching a new product at multiple contract manufacturers almost always slow things down and causes more problems than it solves.”

This is a more tragic example of what poor supply chain management can do. Lithium-ion batteries — the little packets of power in our mobile devices, laptops, and other daily tech devices — explode when overheated, and such incidents have caused damages, injuries, even fatalities. Some of these explosions occurred while being shipped. Air carriers even refused to ship the batteries for that reason.

Toby Gooley, the editor of Supply Chain Quarterly, analyzed the exploding battery problem and came to this conclusion in a recent June 2015 article: “…it seems likely that the product planning phase did not take into account all of the activities and conditions that would occur at each subsequent stage in the supply chain.”

Often times, these supply chain problems — whether it’s a company rushing into something or it’s a disconnect between critical nodes in the supply chain — can be remedied by bringing in the right kind of outside help.

In a February 2015 article about supply chain management in health care, Jean Skora, materials manager at The Surgery Center of Pinehurst (N.C.), explained the value of getting help from outside consultants — whether it’s implementing powerful new distribution software carefully tailored to your needs or it’s getting fresh advice: “They can provide your supply chain staff with a new point of view. A fresh perspective can re-energize an overwhelmed staff.”

MaxQ Technologies has that fresh perspective you need. Contact us to learn about our highly effective distribution software solutions and consulting services that will help you avoid supply chain management disasters.