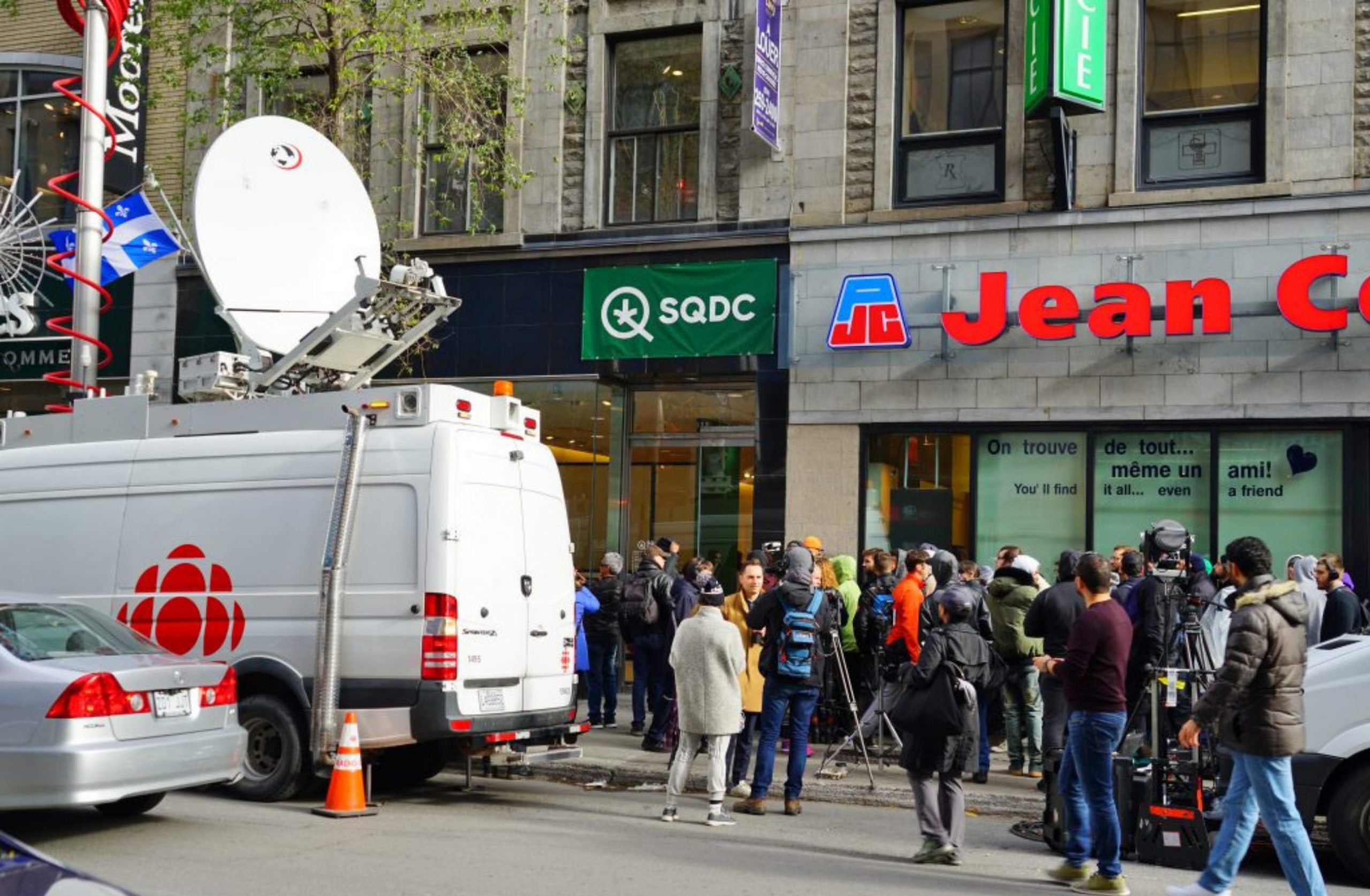 After a big media buildup and much anticipation, recreational cannabis finally became legal in Canada.

The results out of the gate were mixed, with sales surging in some places, lagging in others, and supply shortages making it difficult for many Canadians to purchase legal cannabis.

The Ontario Cannabis Store (OCS), which sells online, reported making 100,000 sales within the first 24 hours, with sales rising to 150,000 orders within the first week. Shopify, whose e-commerce software powers a number of Canadian government cannabis retail sites, said the sites collectively were receiving more than 100 orders per minute.

The Canadian economy was the happy beneficiary of this frenzied activity. As Vice.com reported, “Canada made some serious cash on day one of legalization.”

The problem was that the outlets could not keep up with the demand.  As 420Intel reported, “many stores and provinces are completely out of product” and “some experts think it might take a year or longer before the country can supply enough weed to meet demand.”

With so many of the major cannabis growers being Canadian companies, people are finding it difficult to understand why there are shortages, and fingers are pointing in many directions to assign blame.

Provinces are the sole wholesalers of cannabis and cannabis products in Canada. According to reports, provinces say they cannot supply retailers because they are not receiving the supply they were promised from the licensed growers.

While some observers believe the cannabis growers are to blame for not producing enough cannabis, others believe it is the slow pace of Canadian government agencies to grant the licenses that permit growers to sell cannabis.

The government-run Ontario Cannabis Store (OCS) is the largest retailer in Canada and the only sales channel for legal marijuana sales in Ontario. The OCS initially blamed the delays in fulfilling orders on demand “beyond what we anticipated” and a postal labor dispute that disrupted its exclusive shipper, Canada Post.

However, OCS president Patrick Ford later sent customers a note saying that some of the items from licensed cannabis producers were “mislabeled” and “this delayed our ability to ship your order to you.”

In a report on Vice.com, Dan Sutton, founder of Tantalus Labs, said the production capability of many Canadian cannabis companies was overblown because the managers were business people who lacked the agricultural experience needed to grow cannabis on a large scale.

The institutional knowledge needed to reliably grow massive amounts of cannabis simply doesn’t exist, he said, and the industry won’t figure it out for a while.

Sutton said he did not believe there would be enough supply to meet demand for 18 months, which would “result in the collapse of some of these big companies on the stock market.”

Sinclair said the shortages were the result of larger than anticipated demand, logistical issues in getting product onto store shelves, and yields that are still a few months away from being harvested.

Canopy has been expanding its production capability over the past year, but it will be a few more months before the facilities are in full production mode, he said.

Rosalie Wyonch, an analyst with C.D. Howe Institute, said she believed there was plenty of blame to go around and that “no one is completely guilty, and no one is completely innocent.” Licensed producers failed to deliver enough cannabis, provinces failed to procure enough cannabis, and the Canadian government via Health Canada may not have approved enough LP licenses in time for legalization.

Wyoch also said legal producers were short on medical cannabis because they were routing deliveries to meet their obligation for recreational cannabis.

“The truth is, there’s a huge incentive for licensed providers to supply distributors before they supply medical patients, and as a result these medical patients are getting the short end of the stick,” she said.

Taking a step back, we can see that even with the shortages, Canada is doing a lot better than other places in which recreational cannabis became legal. In California, for example, there was no cannabis available for an entire year after legalization became official, and cannabis dispensaries are still spotty throughout the state.

In Massachusetts, recreational marijuana was legalized in November 2016, but sales are not expected to begin until this month, a full two years after legalization and four months after the July 1 target date this past summer.

Despite the shortages, the strong demand for cannabis signals a bright future for the cannabis market in Canada. With so many major Canadian cannabis companies focused on producing large quantities of premium cannabis, consumers will be well served in the near future.

Cam Battley, Chief Corporate Officer at Aurora Cannabis, is among the bullish believers, noting that even though some cannabis companies might have stumbled getting their products to the provinces, the fact that there was such high demand was a good thing. Customers will be pleased with the high-quality cannabis that will be available to them, he said.

As we noted in a previous post, major Canadian cannabis companies like Aurora, Canopy Growth Corp., The Green Organic Dutchman, and Tilray are looking beyond Canada and making moves to become leading providers worldwide.

As the Financial Post reports, a new report from the Bank of Montreal projects a worldwide cannabis market of $194 billion in 2025. The report pegs the total Canadian cannabis market at $5.9 billion. Based on these projections, says the Financial Post, “the potential of the global cannabis industry is so vast that it could eventually make the sky-high valuations of some Canadian licensed producers look like bargains.”

Cannabis Superfoods: The Intersection Between CBD, THC, and a Healthy Diet