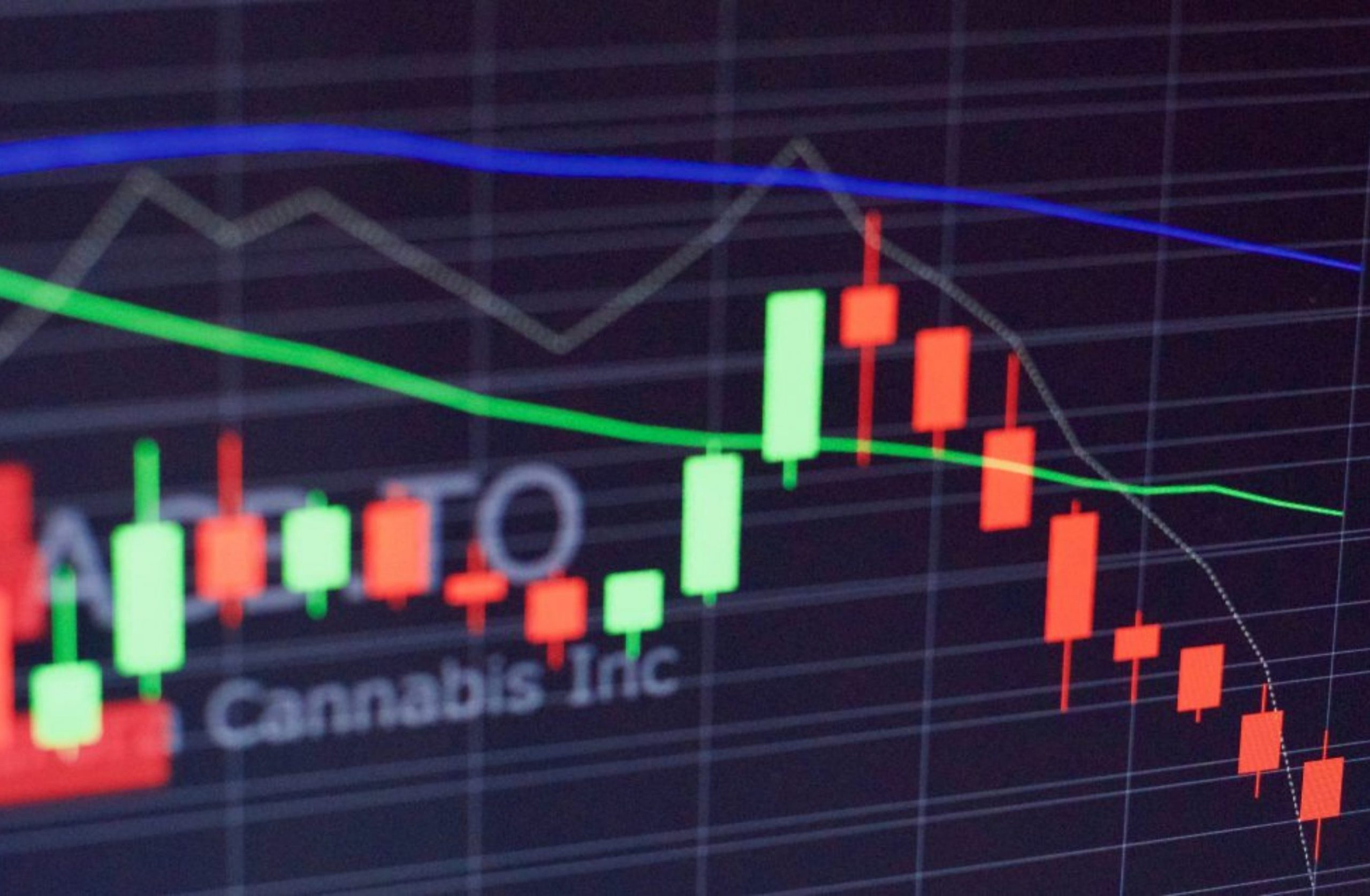 With recreational cannabis on the brink of becoming legal in Canada, major Canadian cannabis companies are making strategic moves to strengthen their positions. While the Canadian market for recreational cannabis will be sizable, big Canadian cannabis producers like Aurora Cannabis, Canopy Growth Corp., Tilray, and Aphria are positioned to become leading suppliers of cannabis products worldwide. Cannabis being illegal on the federal level has hampered the industry’s growth in the U.S., whereas Canadian cannabis ventures have benefited from the support of the Canadian government. “Our government embraces us, and we are seeing a boom in entrepreneurism in this industry,” said Rob Anderson, the former CEO of The Green Organic Dutchman (TGOD). The cannabis-friendly environment has led to Canada becoming an international cannabis hub and a hotbed of cannabis cultivation and investment. “Weed is to Canada what Silicon Valley is to the U.S. We will see a lot more money flowing in,” said Jason Spatafora, co-founder of Marijuanastocks.com. The New York Times echoed this view, asserting that “a financial boom not seen since the dot-com mania of the late 1990s has overtaken Canada.”

Among the Canadian cannabis ventures making waves, The Green Organic Dutchman (TGOD) has received kudos from analysts for “executing flawlessly.” An organic-only business strategy and series of shrewd deals have helped catapult TGOD to the top tier of cannabis ventures in a short span of time. In June 2018, TGOD announced that it had created a new global division to focus on the beverage industry. To execute this plan, TGOD is building a 40,000-square-foot state-of-the-art research and development facility and a 287,245-square-foot cultivation facility capable of producing 40,000 kilograms of premium organic cannabis for its beverages. To create cannabis-infused beverages, TGOD entered into an exclusive agreement with Stillwater Brands to license its RIPPLE SC (Soluble Cannabinoids) and other food and beverage technologies. RIPPLE SC makes it easier to infuse CBD oils into beverages and edibles. TGOD also acquired HemPoland, a leading European manufacturer and marketer of premium organic CBD oils. Technical 420 called this acquisition “a game changer,” noting that HemPoland provides TGOD with a European gateway with distribution channels to over 750 million people and sales in more than 700 locations across 13 countries.

In a previous post, we discussed the critical importance of minimizing cannabis production costs as cannabis prices continue to decline. TGOD has devised a clever strategy to minimize power costs, which is, as US News relates, a major cost factor in growing cannabis. To reduce its power costs to a fraction of what its competitors pay, TGOD has entered into partnerships with provincial power suppliers. A partnership with Hamilton Utility Corp. has enabled TGOD to reduce its power cost from 13 cents per kilowatt-hour to less than 5 cents at its Hamilton, Ontario, facility. A partnership with Eaton Corp. is enabling TGOD to obtain power at 75% less than its competitors. At its Quebec plant, TGOD is paying less than 4 cents per kilowatt-hour. All of these moves have enabled TGOD to position itself as a platform to launch cannabinoid-infused food and beverage products globally as new markets legalize. As equities.com notes, this puts TGOD in a prime spot as more large-scale beverage and alcohol companies enter the market.

Another Canadian player making big moves is Aurora Cannabis, which in January took a 17.6% stake in TGOD with an option to increase its share to 51%. Aurora made news earlier this year by acquiring MedRelief for $2.5 billion in what Reuters called “the biggest deal yet to unify major Canadian cannabis growers.” The MedRelief acquisition followed on the heels of Aurora’s acquisition of CanniMed for $890 million, which made Aurora “the biggest pot producer, by market value, in the world.” Aurora also expanded its cannabis production capability with the opening of two new state-of-the-art cannabis production facilities–Aurora Sky, capable of producing 8,000 kilograms of cannabis per month, and Aurora Vie in Montreal, capable of producing 4,000 kilograms per year. To optimize its customer experience, Aurora inked a deal with Shopify to revamp its e-commerce platform, a move that will help Aurora sell its cannabis wares globally as legalization continues to spread. Canopy Growth and Hydropothecary also have employed Shopify e-commerce platforms to sell to medical patients.

As Technical 420 notes, while the Canadian recreational market is a big opportunity for cannabis producers, the global market represents an even more significant opportunity. This is why the major Canadian cannabis producers are taking a two-pronged approach by establishing production plants and retail outlets within Canada while expanding their reach beyond Canada into worldwide markets. In an August post, we described how Canadian cannabis producers and alcohol distributors were making deals to establish cannabis retail outlets for the recreational market. Cronos Group has taken a similar route by forging an agreement with MedMen to establish retail stores for the recreational market in Canada. To beef up its retail presence, Canopy Growth Corp. acquired Hiku Brands, which sells a number of leading cannabis brands and operates retail outlets in provinces throughout Canada.  Canopy Growth also extended its footprint in South America beyond Brazil and Chile by forging a deal with Spectrum Cannabis Columbia. Aphria also made a move to expand into Latin America and the Caribbean by acquiring Scythian Biosciences Corp.’s  Latin American and Caribbean assets. The deal gives Aphria exposure to more than 300 million people in Colombia, Argentina, and Jamaica. Aurora Cannabis obtained a 51% stake in Aurora Nordic that will help extend its reach into Scandinavian and broader European markets. Aurora Nordic has a license to produce cannabis in Denmark, which Aurora said will give the company a major advantage as one of few companies with a license to cultivate in Europe. Aurora has forged a number of international deals, including agreements to supply medical cannabis to Germany, Italy, and Australia.

This past February, Cronos Group became the first cannabis company to be listed on Nasdaq in the United States. In May, Canopy Growth became the first cannabis company to list on the New York Stock Exchange. At the same time, liquor giant Constellation Brands invested $4 billion in Canopy Growth. Tilray became the third cannabis stock to be listed on a U.S. stock exchange when it joined Nasdaq in July. Tilray went even further by being the first pure-play marijuana company to go public on a major U.S. exchange. Tilray grows Cannabis in Canada and Portugal and distributes medical cannabis products in 10 countries, including Australia, Canada, and Germany. If Tilray CEO Brendan Kennedy is correct, the cannabis companies focusing on creating cannabis-infused beverages are on the right path. Kennedy said he sees a future in which only 10% of cannabis will be smoked, with the 90% lion’s share being consumed as cannabis beverages. “Instead of alcohol, they’ll have cannabis,” said Kennedy. “And they’ll have a low, or no-calorie product with no hangover.” As the maker of the most modern, integrated, and scalable cannabis manufacturing solution, MaxQ has deep cannabis industry expertise. Contact us to learn more about the latest trends and management solutions in the cannabis manufacturing industry.

Cloud Computing and a Divide with IT Leaders: The Influx of Cloud Use in Corporations

Cannabis Manufacturers, We Have An Important Announcement – The Hemp Revolution Is Here!